With no decent rainfall and higher than average temperatures across the last week, the main job has been watering, watering and more watering! We have been giving the kitchen garden a thorough soaking and all the planters are needing a daily top up to keep on top of this current dry spell. The forecast looks similar for the next week or so too, which will mean more watering to keep the garden growing well. Why not have a look at our Guide for Effective Watering - it may just have a few tips and tricks to make your life easier during this dry spell.

In the kitchen garden the potatoes are romping ahead as we are making sure these are getting a good soaking, potatoes are thirsty vegetables. The squashes and courgettes are showing more growth now they have now been planted outside, still under cloches at night. The fennel that was sown directly into a raised metal bed, but grown under a cloche, have now grown to a size where they can be separated and planted with more space. We were planning to do this at the end of the week but with the wind becoming stronger, we decided not to as the fennel is still delicate and may not appreciate being bashed about by the wind. 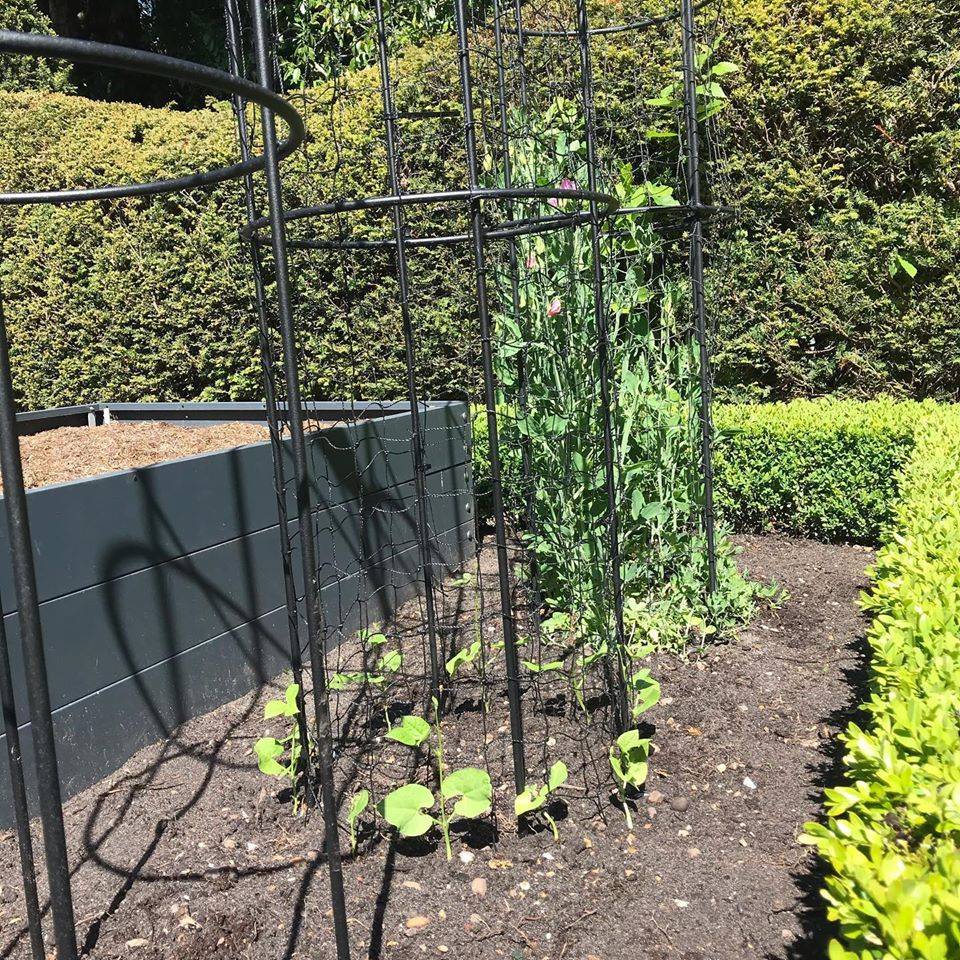 We have added 3 round column wire obelisks to the garden, one has got sweet peas growing up and the other 2 will have French climbing beans grown up them. We did start a tray of French beans in the greenhouse but only 10 have grown, so we are sowing another tray to have beans for the 3rd obelisk.

Dotted around the garden we have planters of various herbs. One planter which had a variety of mint became infected with mint rust. The plant had been healthy at the beginning of the year but recently its shoots had become pale and distorted, then dusty orange and black pustules appeared on the stems and the leaves started falling off. As this herb is used in cooking and the whole plant was infected, it was decided to destroy the plant, give the pot a really good clean and to start with a new mint. There was also another mint which was growing very slowly. Luckily, we emptied this pot in a wheel barrow, as the soil was full of vine weevil grubs. The grubs are ‘c’ shaped with cream coloured bodies and brown heads. This plant was dumped in the area where weeds etc... go, hopefully the grubs made a tasty meal for the birds.

Also, this week Nemaslug has been applied to the garden and then watered in afterwards. This natural pest control is a great way to control slugs in the garden. Safe and effective it has been a long time favourite in our organic kitchen garden. 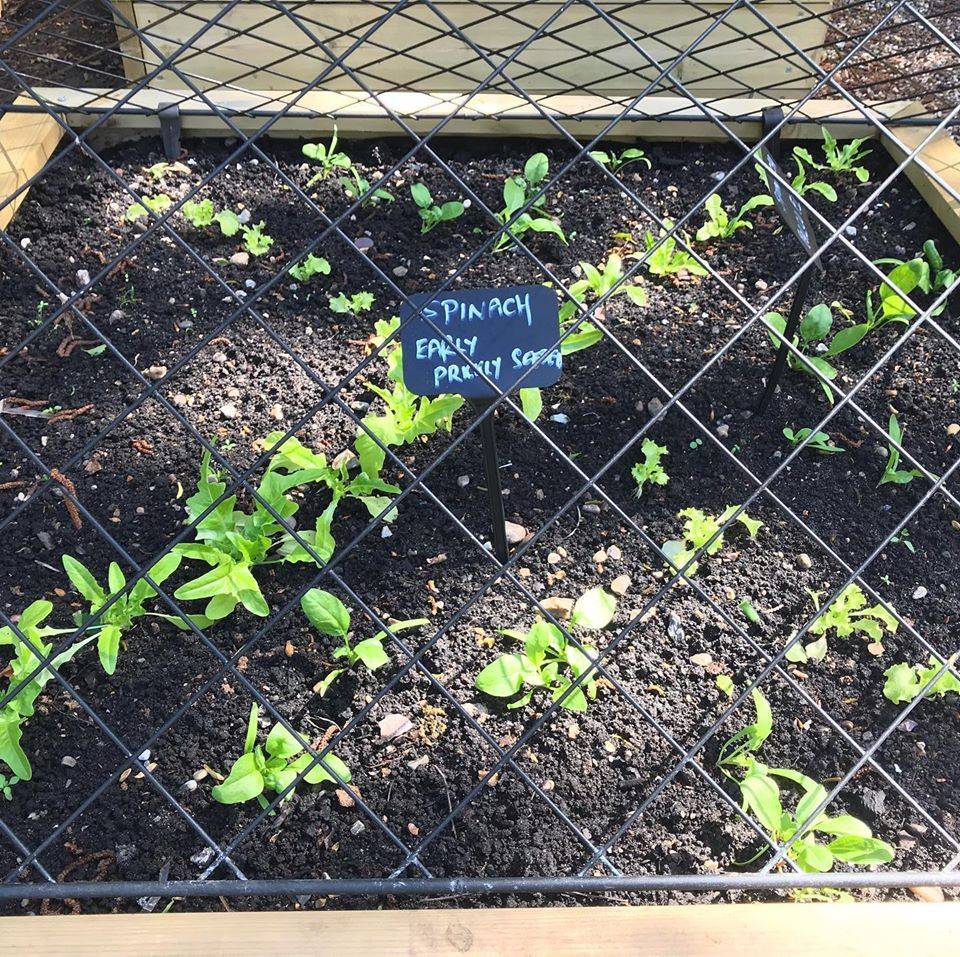 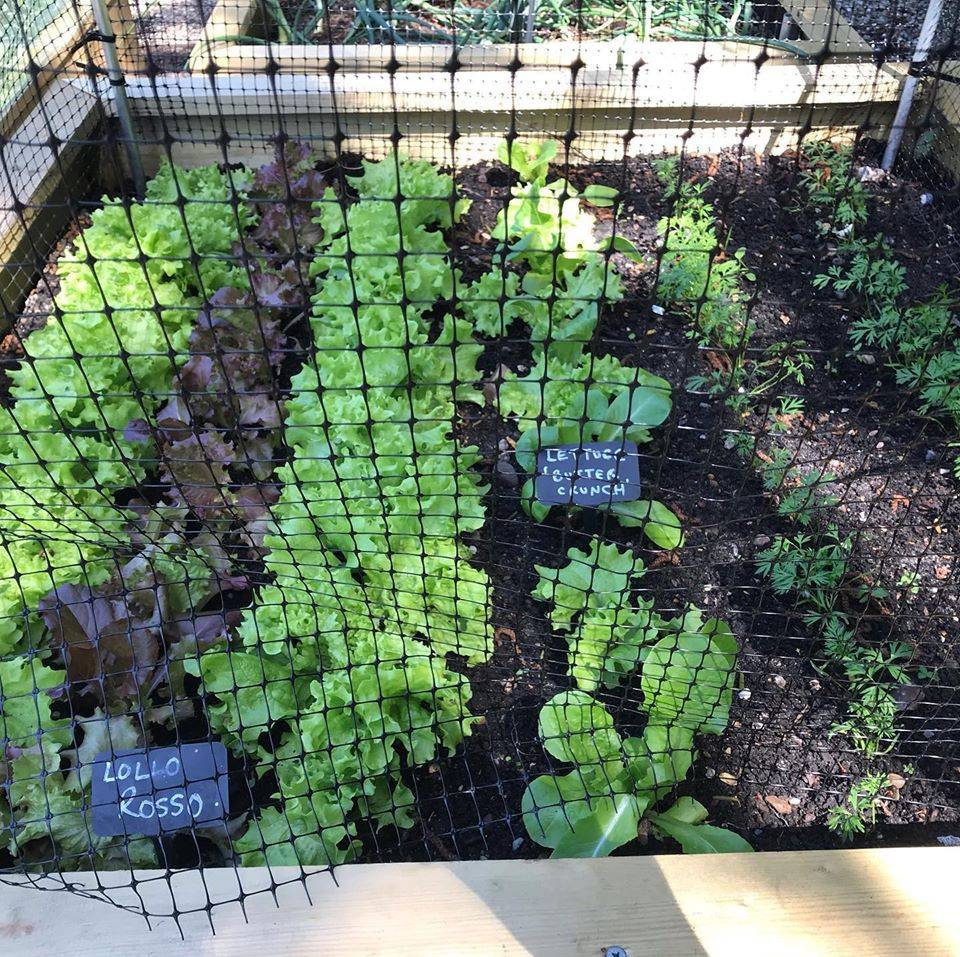 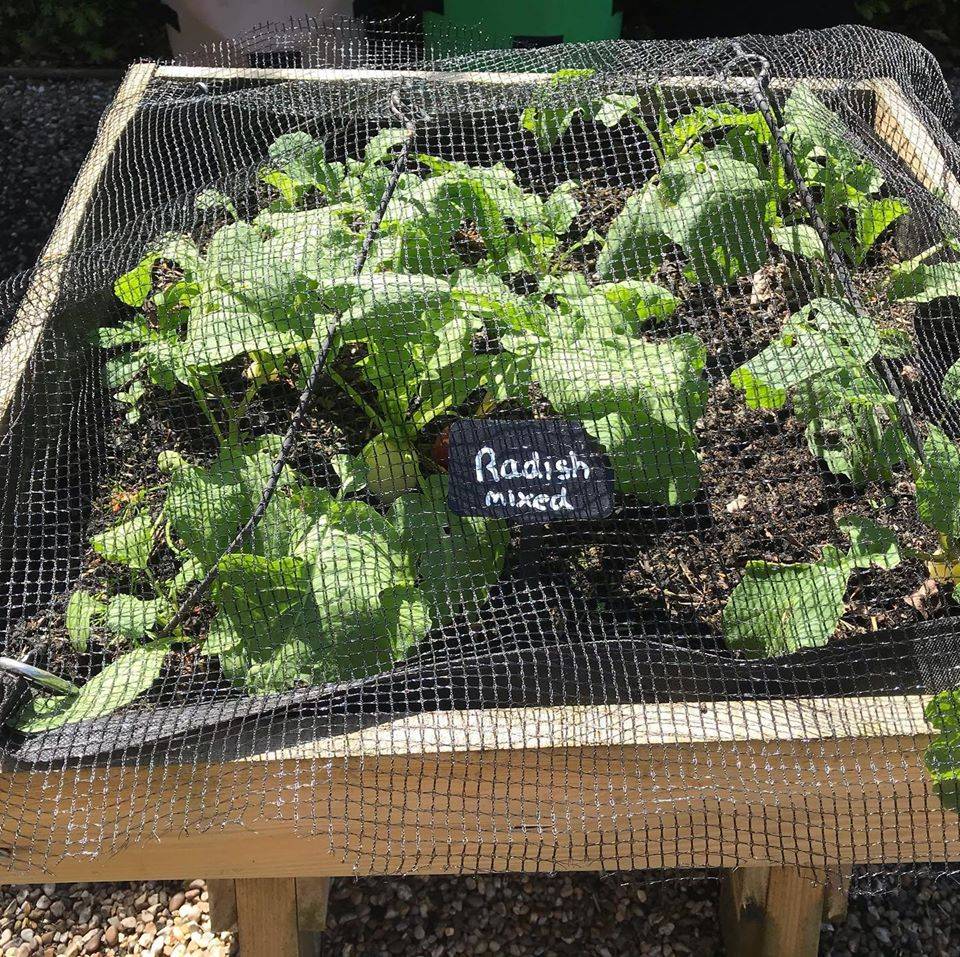 In the other gardens the weeding has continued. There might not have been rain but the weeds don't seem to mind and keep on growing. The rhododendrons flowers are starting to fade and die, so now is the time to prune them if you want to give them shape and keep them under control. These shrubs make blooms that flower on the prior years wood and they make buds for the following spring in the summer, so if you leave it too late to prune you may destroy next years flowers.

In the flower borders the tulips have now died and are being replaced by the graceful stems of irises which will be soon followed by peonies, which grow up through Circular Trumpet Supports. It is surprising even without any rain how quickly plants and flowers are growing at this time.

We hope you are continuing to enjoy your garden during these difficult times, the good weather helps and it has been lovely being outside during this wonderful weather we have been having.