There’s no escaping the fact that in the garden, a large part of the autumn is spent clearing up fallen leaves, but there's an upside to all your hard work - leaf mould.

The autumn is a wonderful season to be a gardener. There's a kitchen table-full of fruit and vegetables to harvest, the colours are astounding and the pests and diseases are dying out. It's time to plant winter greens, onions and garlic and your head's full of grandiose schemes and plans for next year. 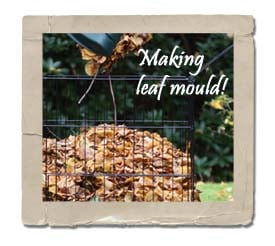 But there's also the leaves! This subject splits gardeners into two distinct groups - the clear-it-up-as-it-drops-platoon and the-leave-it-to-nature dudes! Collecting fallen leaves keeps the garden looking spotless and also removes potential slug egg-laying sites. The downside? Just as you’ve finished raking one area, the chances are the wind will blow and you’ll need to start again. But don’t see this repetitive work as a chore, because the hard work that goes into collecting these leaves will eventually pay off.

Alternatively, the let 'em rot philosophy follows nature's law to the letter and the fallen leaves will eventually break down where they lay and replenish the soil in a wonderful cycle. But are there other places in the garden more deserving of this natural fertiliser? 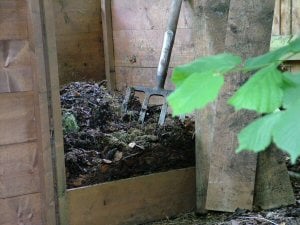 Both parties are agreed on one thing. Leaf mould - however and wherever it is made - is beneficial to the garden. Why?

* Easy to make and use
* It's a great alternative to peat
* When used as a mulch it cuts down on watering and water loss
* Can be used on the lawn as a conditioner
* Suitable for adding to potting compost
* And it's free!

Making this valuable mould could not be easier! Just collect up the fallen leaves (all types are suitable), add to a suitable container - a compost bin fits the bill - and water if dry, then leave them for a year or two. A black plastic sack will work just as well, just make sure you punch a few drainage holes in the bottom. There's no quick fix composting aids you can use to speed up the process as it's the action of fungi, as opposed to the composting mainstays of bacteria and micro-organisms, which break down the leaves to form mould. And the fungi like to take things slowly!

Anything else you should know? Chopping or shredding the leaves will help speed up the process slightly (running a mower with grassbox attached over leaves on the lawn is also favourite) and it's best to leave some leaves behind - they provide valuable hiberation sites and bedding for garden animals.