For many, Autumn is a season synonymous with pumpkins. Come October, people go wild for the squash, which has become a big part of Halloween associated traditions worldwide. While the typical traditions involve costume parties and children knocking on the doors of neighbours asking for sweet treats, this year’s activities are looking to be altogether different.

One tradition that will continue year after year is pumpkin carving. Although the obvious choice is to flock to the nearest pumpkin patch for your jack-o-lanterns, start a new autumn tradition by growing gourds in your own garden. With the right care, these hardy crops will flourish just about anywhere. And for those lucky enough to already have their own patch, now is the time to start harvesting your orange beauties.

Did you know? Although often thought of as a vegetable, pumpkins are actually a fruit.

Often, the hardest part of growing pumpkins is choosing which type to plant. Pumpkins come in hundreds of varieties differing in size, colour, taste and texture. Here’s just a few of those options:

These are the pumpkins to choose if winning a growing contest is on your to-do list. You’ll need a large patch to handle their full potential.

Due to their small but cute stature, these tiny pumpkins are best displayed as they are. Carving could be tricky but painting them would be a fun alternative.

Classic, orange and perfectly round in shape, these varieties lend themselves perfectly for carving.

With a quirky appearance, these pumpkins make for an unusual autumnal display. They also work well as creepy Halloween props.

For best results, it’s recommended to sow pumpkin seeds indoors and plant out into the garden once the risk of frost has passed. Typically, early June is the ideal time to transfer your pumpkins. Make sure you choose a spot that receives plenty of sunlight.

• Water your pumpkins thoroughly once a week. Always water the soil, never the leaves.

• Once fruits start to develop, slide a piece of slate under each pumpkin to keep them off the ground and protect them from slugs and rot.

• Pumpkin plants will usually produce two to three fruits per plant, although the smaller varieties can produce more.

• Pumpkins can be affected by powdery mildew, a fungal disease that leaves white powdery markings on the leaves, and in heavy cases can stunt the plants’ growth. Drought makes plants more susceptible to powdery mildew, so reduce the risk of infection by watering regularly and avoid wetting leaves while watering.

Leave pumpkins on the plant for as long as possible to mature and ripen. When the stem cracks and the skin is tough, the fruit is ready to be picked. This is often anywhere from 75-115 days after sowing. Monitor the patch well as some pumpkins may be ready to pick before others. Use a sharp knife to cut the pumpkin from the vine, leaving roughly 2 inches of stem.

Tip: Make sure you handle your pumpkins carefully to avoid any bruising.

Clean your harvested pumpkins with soapy water to remove any dirt and place in direct sunlight for 2 weeks before storing. In poor weather, place them in a greenhouse or on a sunny windowsill. Once your fruits are stored, they can be kept for 3-6 months.

A second life for jack-o-lanterns

Wondering what to do with all the leftover pulp, seeds and skins? Look no further, we’ve come up with some edible, useful and creative ways to put your pumpkin waste to use.

The best pumpkin recipes obviously must feature pie. Fresh pumpkin pie will always taste far more scrumptious than a tinned offering. Place your pumpkin in a large saucepan and bring to a boil. Cover and simmer for 15 mins or until tender. Preheat your oven to 160c fan and roll out your pastry on a lightly floured surface and line a tart tin. Line the pastry with baking paper and baking beans, then bake for 15 mins. Remove the beans and paper and bake the pastry until golden brown. Increase oven temp to 200c fan and push your cooled pumpkin through a sieve into a large bowl. Add sugar, salt, nutmeg and cinnamon. Mix in beaten eggs, melted butter and milk. Pour into the tart shell and cook for 10 mins. Reduce temp to 160c fan and bake for a further 35-40 mins. Dust with cinnamon before serving! 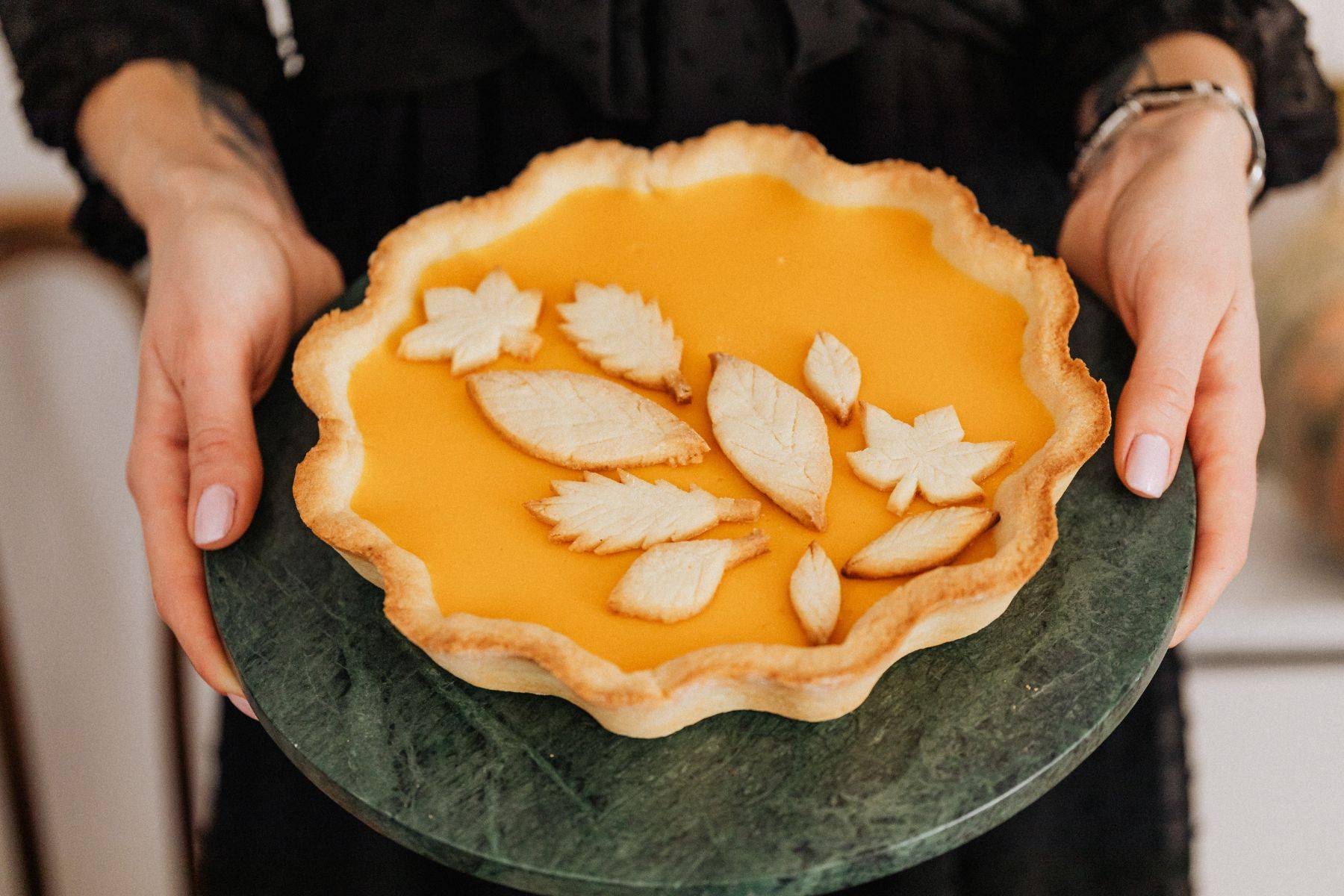 Save all of the seeds to enjoy roasted! They are healthy and very delicious. Heat oven to 180c fan. Wash your pumpkin seeds thoroughly and remove and stringy bits of pumpkin flesh. Dry well using kitchen paper. Place seeds on a baking tray and toss with olive oil. Add any seasonings you like, such as salt, chilli and pepper. Roast for 10 mins and serve as a little snack. You can also use them as garnishing for salads and soups. 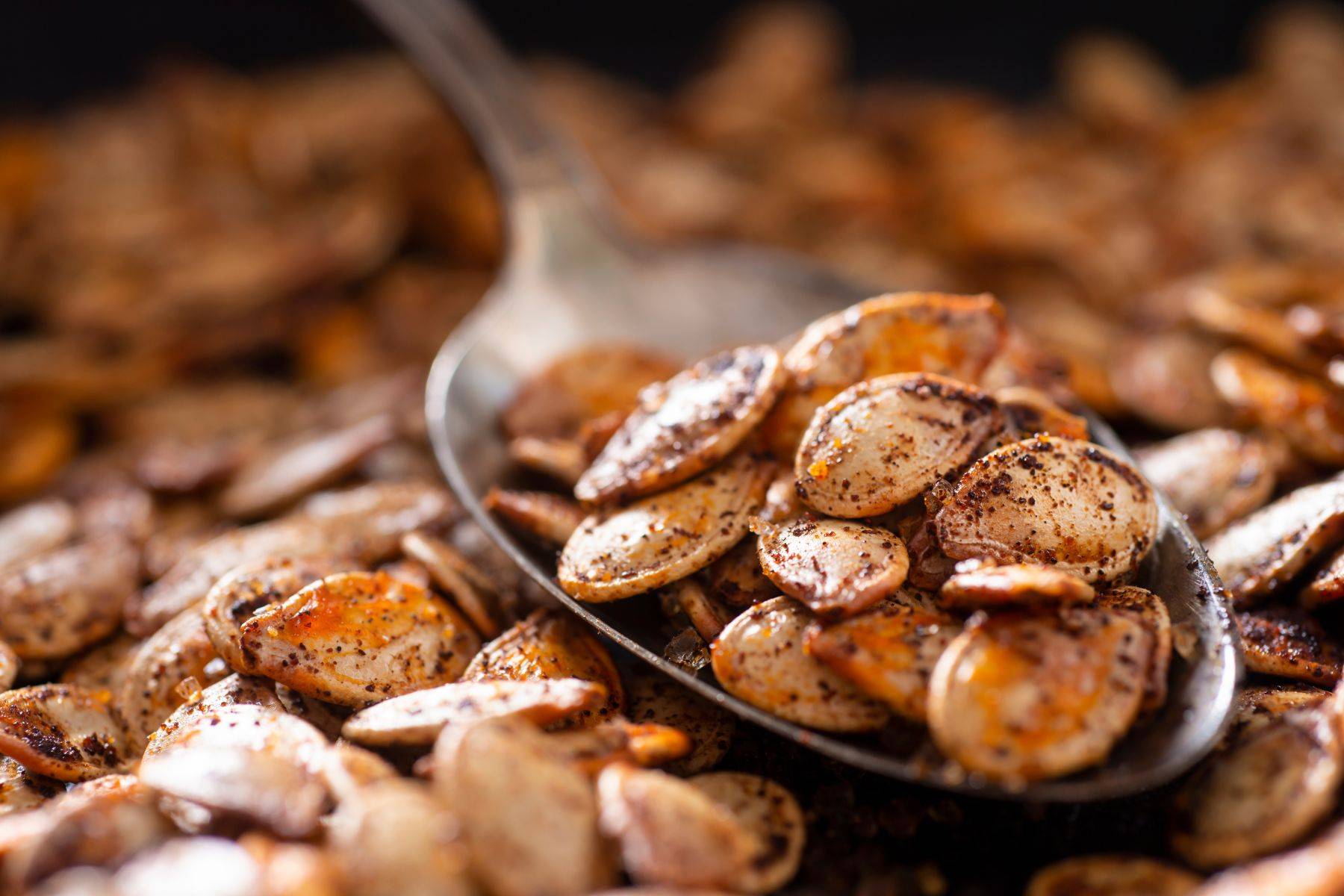 Making a homemade version of this widely beloved coffee shop drink is cheaper, far tastier and healthier. Add some pumpkin puree to a large mug. Stir in a pinch of cinnamon, ginger and nutmeg and espresso or strong coffee. Heat milk in a saucepan over a low heat and then pour into the mug. Stir to combine, then dust with more cinnamon before serving. 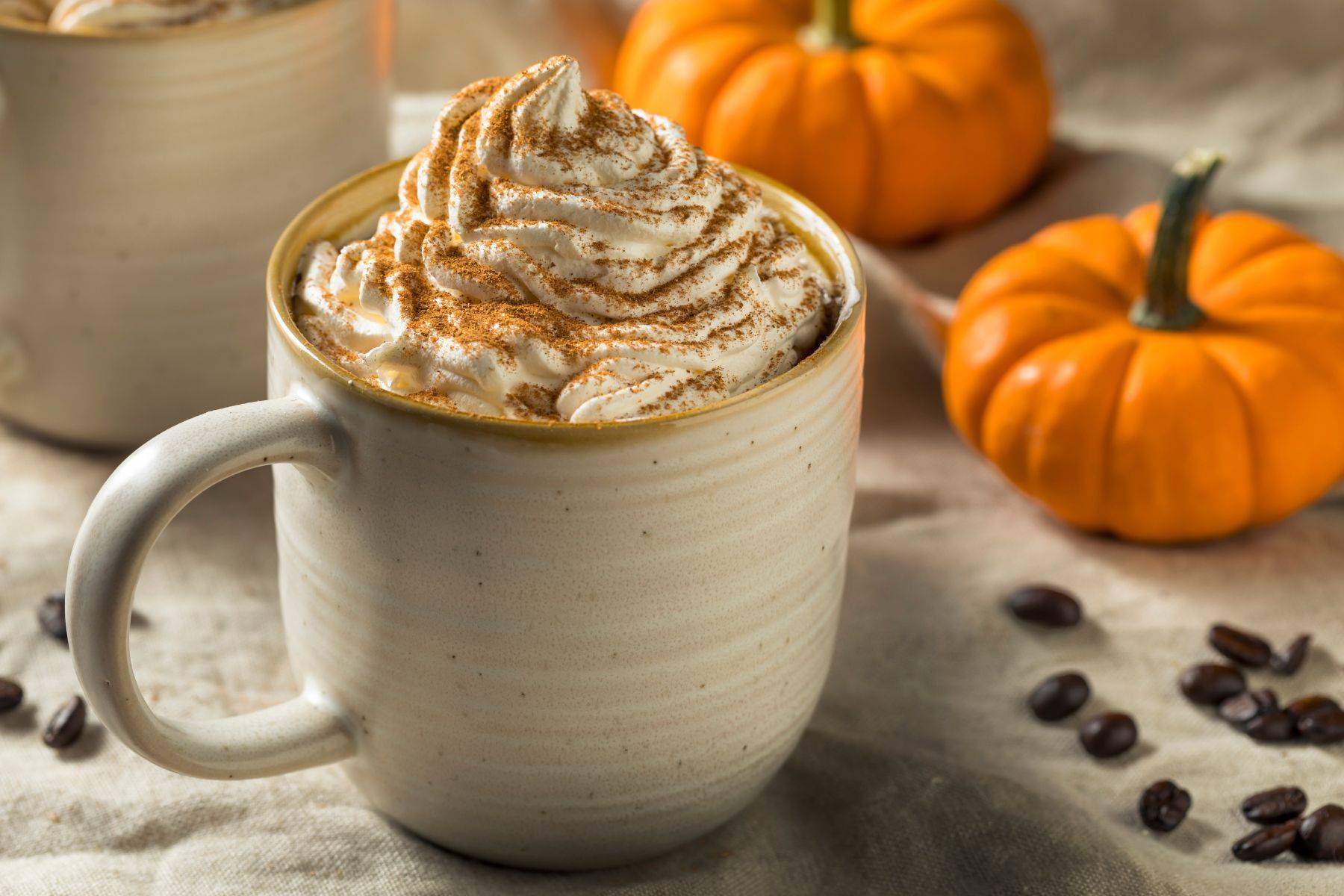 You can make anything into bread these days and this loaf has to be one of the tastiest variants. Preheat oven to 180c. Make the pumpkin puree by cutting the pumpkin into wedges with the skin on. Bake the pumpkin for approx. an hour until cooked, ensuring the pumpkin doesn’t colour. Once cooked, scrape pulp from the skin and blend. Turn the oven down to 160c and line a loaf tin with baking paper. In a bowl, combine plain flour, salt, baking powder, and cinnamon. In a separate bowl, cream sugar with butter until light. Slowly add eggs and beat until very light. Beat in the dry ingredients, then add the pumpkin. Pour in to the loaf tin and cook for 1 hour. Once done, remove from oven and devour! Best served warm with a little butter.

Quintessentially autumnal, pumpkin soup is the ideal winter warmer. Batch cook and freeze for future cravings. Sauté onions, garlic, ginger and any other preferred spices in a large pot over medium heat. Add chicken stock, bay leaves, pumpkin puree and water. Stir to combine. If the soup is too thick, add more stock to thin. Increase the heat and bring to a boil. Cover and simmer for 10-15 mins. Turn off the heat and remove the bay leaves. Use an immersion blender to puree the soup. Right before serving, stir in clean and black pepper to taste.

Once you’re done displaying your carved pumpkins, cut them up and place around your garden. Sit back and watch as deer, rabbits and even hedgehogs make short work of them.

Pumpkins make great additions to compost heaps. As they consist of mostly water they decompose quickly.

Sprinkle birdseed on the base of your hollow pumpkin and hang from a tree using thick twine.

Whether its for cooking, carving or both, growing pumpkins is both fun and rewarding. Get prepared today and enjoy a delicious harvest next autumn.