Well what a week it has been weather wise.  This time last year we were staying indoors, only going out if it was really necessary!  It had been snowing, there was ice and the day time temperatures didn’t get above freezing and the Beast from the East had arrived!

One year later it has been the complete opposite, temperatures getting up to 18 degrees, if not more, with wall to wall sunshine and wonderfully warm.  Wednesday was t-shirt weather and people where seen out wearing shorts and sandals. 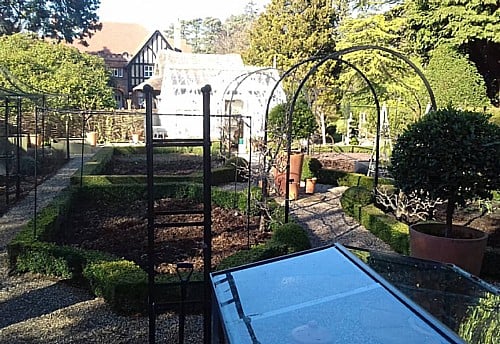 The settled weather has given me the opportunity to really get on with jobs that needed doing.  In the kitchen garden I am now digging over the vegetable plots.  I had a new Mantis tiller delivered, so once assembled the serious work began.  The manure I had spread over the ground several weeks ago hadn’t broken down as well as I had hoped so I used the tiller as much as I could to break it up then it was down to simple digging.  It was hot, hard work but a job with doing.

This week I have also put the roof netting back on the walk-in fruit cage and cut back the autumn raspberries.  Some gardeners cut them back at different times but I like to cut them back in February as I like to think this have given the bushes a chance to rest, recover and prepare themselves for hopefully a fruitful harvest. 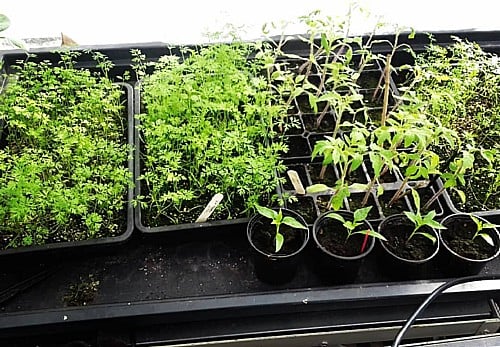 In the greenhouse the various seeds that I have planted have been growing crazy with the sunshine and heat.  The broad beans have been spending the days out of the greenhouse, getting them hardened off, ready for the day they are finally transferred outside. I have been keeping the door open so it doesn’t get to hot and the carrots and tomato plants are now out of the nursery propagator.  The temptation now is to start planting outside but I have to stop myself as still a little early. The weather is good at the moment but what will happen in March or even April as it has been known to snow in April.