The curvilinear style of the RHS Endorsed Ogee Garden Arch Pergola comes together in a distinctive point, making a commanding presence in any garden design. The historic shape provided by our Gothic Arch Garden Pergola is breathtaking, makes a real visual impact in your garden and when you consider the same top quality materials and expertise from our Garden Arch range is used on the Gothic Pergola, you'll welcome the substance as well as the style! 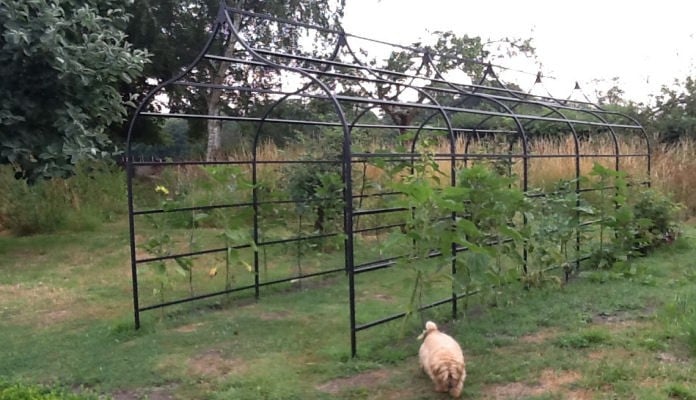 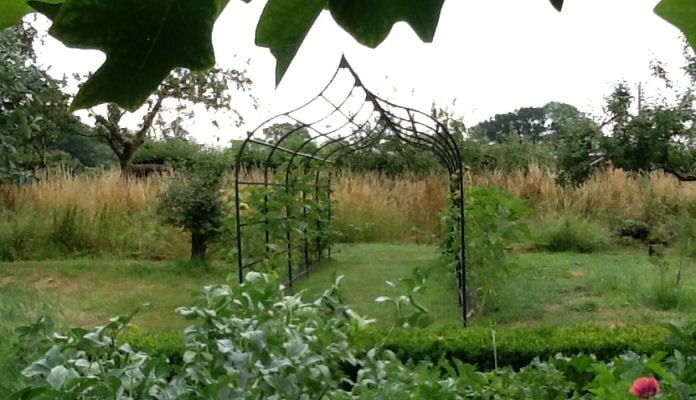 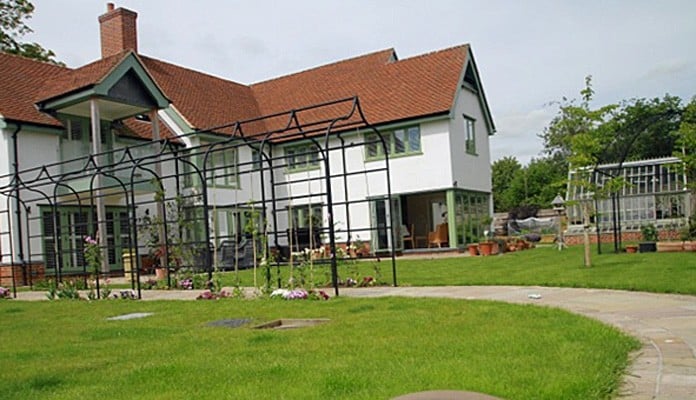 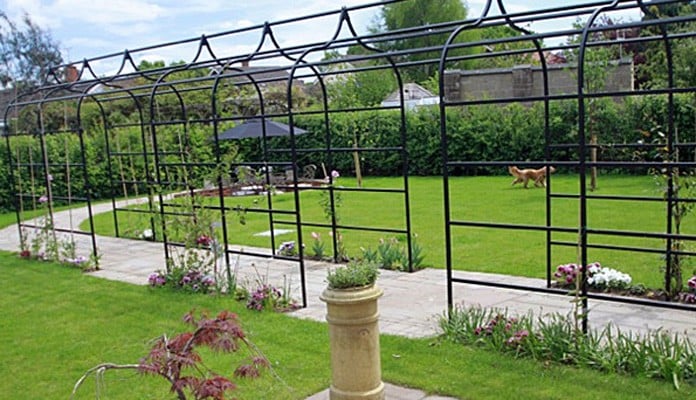 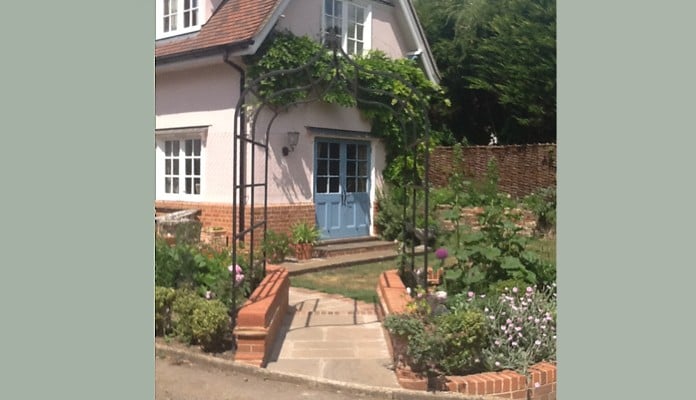 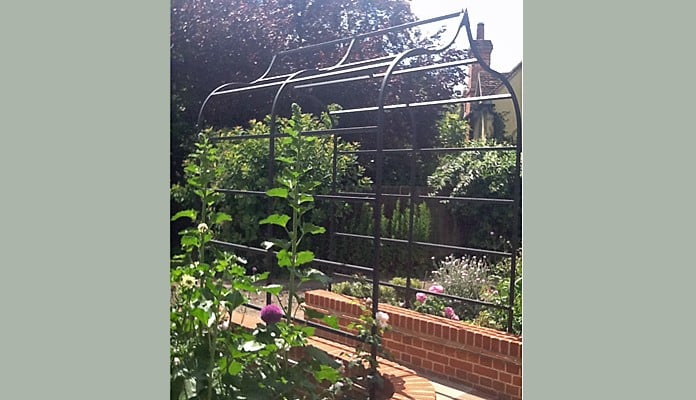 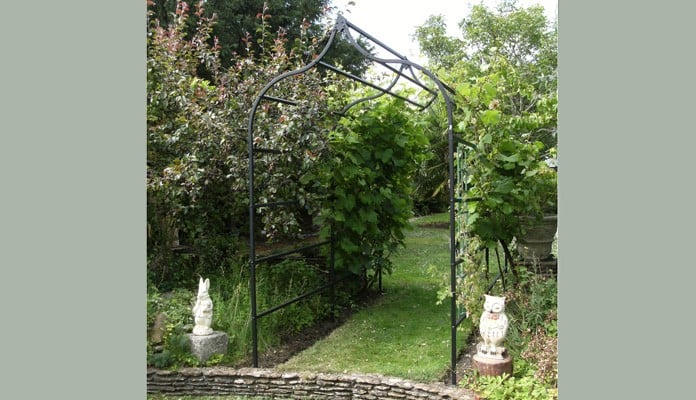 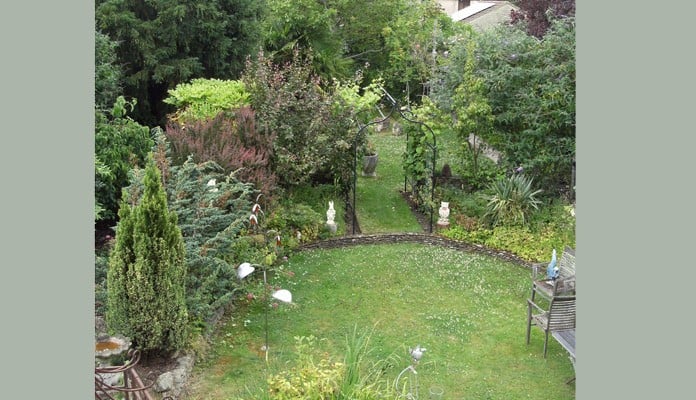 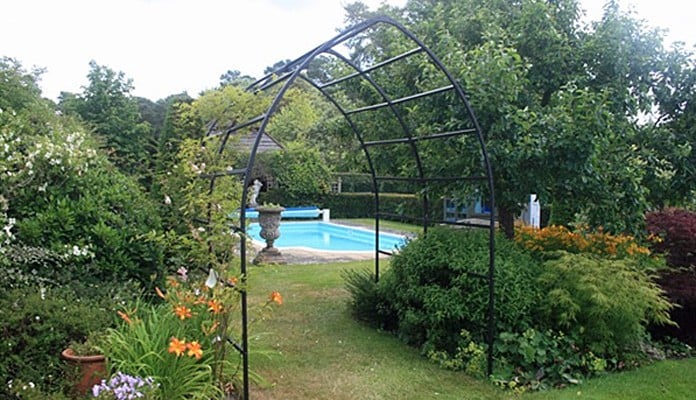 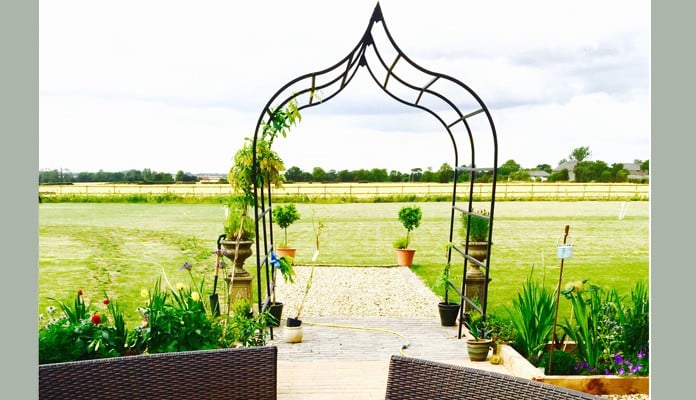 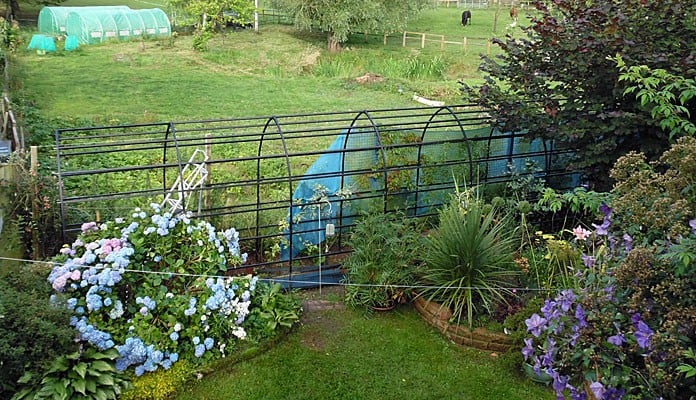 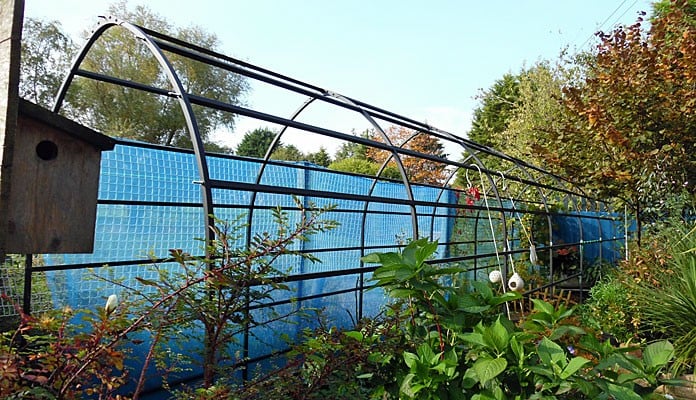 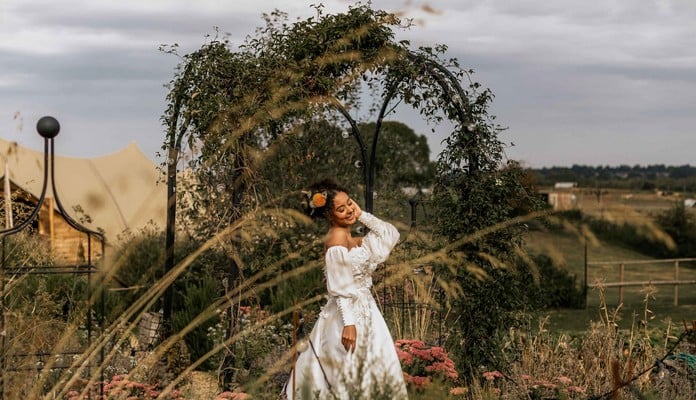 "I did look at other tunnels at Chelsea Flower Show and the Malvern Show, but the reason I bought yours was because you had very good photos of what it looked like with nothing up it or around it so one could conjure up ideas of ones own, this arch is in a line of shrubs which will hide the wild orchard (for bees and butterflies) it has been planted with fruit trees, apples and pears and blackberries and loganberries, mainly so I do not have to climb up a ladder in my old age, at the moment it also has sunflowers growing along side it for insects and to feed the birds. I am absolutely thrilled with it and it has to be seen to appreciate what it is going to do. This is and old garden which has not been gardened for 20 years,so everything is embronic at the moment. Thank you for helping me get one piece of on the way."

"We completed a self-build project in Suffolk and had to destroy the beautiful garden that was here before, only to have to start again. We saw Harrod at Chelsea in 2014 and have since bought a pergola, dome fruit cage, raised beds and in all cases are delighted with the exceptional service and quality. Now all we need are the plants to grow!"

"We are very happy with the Harrod Horticultural Ogee Pergola, it was very straight forward to erect and has completed our garden project beautifully."

"I set up the pergola about three months ago, with second person's help only on the lofty bits. It replaced a simple arch and so there were plants waiting to be trained: two vines and spreading branches of a crab apple tree. I added a honeysuckle. It now looks as if the pergola had be in situ for years, and it suits the Victorian house."

"We are very pleased with it - it is the third pergola we have bought from you and provides a perfect entrance to our swimming pool area."

My garden isn't very big: the back of the house has a south-west outlook but for 25 years the hedgeline was adorned by my neighbour's conifers. But at the end of Feb this year, to my great joy, he decided to rip them all out. So I have lost a lot of shelter but oh boy, gained so much light and air. Wonderful!

However, I felt the need of some sort of picture frame for my garden, to give me some privacy and ‘hold’ the thing together, and I puzzled over it for several weeks before the inspiration came. The pergola provides that frame, keeping the eyes within my own garden. I'm going to grow a few things on its lower levels but the top and front I want to keep largely as bare metal.

So how was it to put together? Well, clearly my friend and I didn't have the advantage of a nice clear flat piece of ground to start off with, or a big team of professional gardeners to do the job. We were erecting it across a small dry ditch, on a sloping plot, with no useful fixed frame of reference, up against an existing fence line and around all sorts of trees and shrubs that I didn't want to disturb or get rid of. So I guess we gave ourselves a pretty tough job. But once the first two arches were up and joined together it got easier, and by the end we had established a modus operandi that had become quite efficient and effective, and were regretting that we'd reached the end! well we haven't actually - I need to add half a piece just to tidy it off. The uprights are set in concrete and the whole thing is very stable.

We did make some wooden templates for ourselves to help make sure that we were keeping everything parallel and to give us some extra stability. We made six that fitted across the arches, and two that fitted diagonally between one arch and the next which gave us a check that it was square. It took a while to cut them all out but it was time well spent, and I'd advise anyone erecting one of these to do the same.

The overall design, the quality of manufacture, the fixings, were a delight. The fact that there are three different lengths of bar, all the same in section and only about half a centimetre different in length was very confusing at first, and we could easily have got it wrong. So that aspect of the prep had to be done with great care. But I'm glad I chose Harrod.