Kitchen Garden Monthly Update – June 2006
Summer in the City Now the Chelsea Show is over, I can get back to tending the garden – can anyone remind me how to get there?!   It’s certainly been a mad couple of months in the garden – or out of it to be more precise – with the preparation for the RHS Chelsea Flower Show taking priority, and whilst I’ve been whizzing down the A12 and back on a regular basis, the slugs, aphids and weeds have all got together and camped out in the Kitchen Garden. 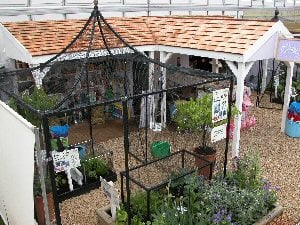 As you may be aware from previous updates, it was decided earlier this year that I would grow the plants for our Harrod Horticultural stand at the RHS Chelsea Flower Show, the 84th event to be held on the Royal Hospital Site. Using a combination of the organic seeds (introduced only this year), a selection of plants from our new live organic plant range and other assorted Harrod Horticultural products – not to mention a large slice of good luck and the heated kitchen garden greenhouse, I managed to produce more than enough plants to fill the various beds – constructed from link-a-bord and the timber raised bed system - which formed part of our stand. Ok, the mizuna was on the verge of running to seed (some lovely yellow flowers halfway through the show!), the onions were not 100% happy with being potted up and the lettuces had a few slug teeth – or radula, to be precise – marks around the edges, but it wasn’t a bad effort for the first time. And on the plus side, the courgettes were actually in flower for the whole week! 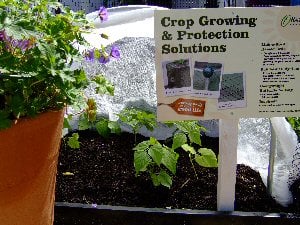 Keeping the plants on track so they would look there best during the week of the show was a real juggling act. They were under glass to aid initial growth, then outside in the cold frame to slow them down a bit, back inside when temperatures were forecast to drop then back out and dosed with liquid feed for that final, show-time flourish! The problems with pests – mainly slugs, as per usual – were addressed with regular applications of our organic slug killer pellets and Nemaslug nematodes – in fact, there were probably so many nematodes living in each pot they could have carried the plants to Chelsea themselves! 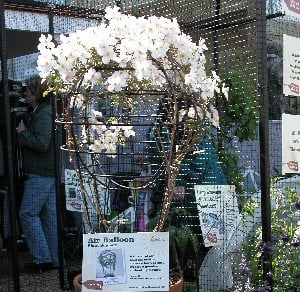 Unfortunately, due to space constraints in the kitchen garden greenhouse, combined with the fact I had to keep some kind of plant production in operation to meet the needs of the garden, I did not have the luxury of  sowing seeds at fortnightly intervals and then selecting the best crop at the time of the show, but I did take the advice of a seasoned pro (thanks, Tom) and apply lots of liquid fertiliser – in this case our concentrated organic plant feed - just prior to transporting the plants to London, giving them both a growth spurt and a lushness to the foliage. 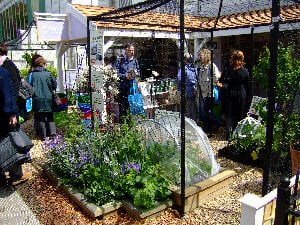 With the big event over, it was time to say goodbye to those evenings in sloane square and return to the garden, when on arrival it immediately became clear that I would have my work cut out to get back on track, as per the crop plan. Weeds had taken over the empty beds, the runner and French bean seeds had germinated very poorly and would need re-sowing, the peppers and tomatoes had done the complete opposite and need potting on and the heated jumbo propagator would have to be dragged out of retirement to get the cucurbits growing. 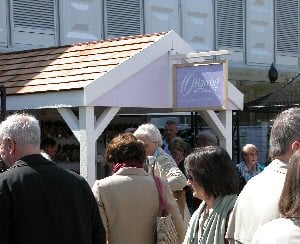 I’ve also been sowing and planting out the companion plants we are trying for the first time this year, which is an interesting and colourful experiment. So far I’ve put in nasturtiums, French marigolds, sage and basil and I’ve got a combi-pack number 1 full of dill ready to go. Another project is preventing the strawberries which are forming from touching the soil – we don’t want soil splashed or slug-munched fruit - so mulch mats and straw will be used for that very purpose – and setting up the irrigation systems for the various beds. Luckily we have in a well in close proximity to the garden so we can use this water source in the event of a hosepipe ban in our area, but water butts are ideal for running low pressure watering set-ups and have the advantage of safely collecting all that summer rain, which apparently is the wrong type for filling reservoirs!

I can see the weeds growing as I type so a spot of hoeing is required imminently – many thanks for all of you who spoke to the Harrod team at the Chelsea Flower Show and many thanks for all your kind comments and please continue to visit the Online Garden Forum   –. Now where’s that Sneeboer push hoe..........