Hope for the future

Harrod UK, believes that there is ‘Hope’ for the future! 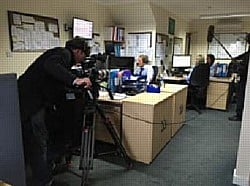 Harrod UK were proud to be selected to take part in a new 4 part BBC documentary hosted by John Humphrys entitled “Something to hope for”. The ‘Panorama-style’ programme will be aired on the 23rd March and will be based around Lowestoft and ‘Hope’. It will relate to Norman Kirk’s theory that you need four things in life to be happy – love, work, a place to live and hope.

Harrod UK was founded in 1954 by Ron Harrod and started by producing horticultural netting made from old fishing nets. The Company then decided to turn its attention to manufacturing sports netting and equipment throughout the UK and the business has grown from strength to strength. The Company went full circle by using its existing skills, materials and technology and developed the brand name Harrod Horticultural, producing and supplying horticultural netting, garden structures and products. Harrod UK is now the leading manufacturer in Sports Equipment and is one of the largest mail order Gardening 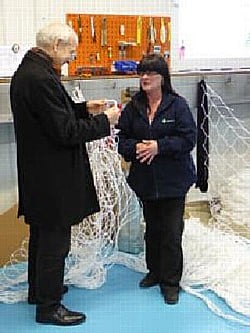 Companies in the UK.

Harrod UK, who were recently awarded the Gold standard for ‘Investors In People’ were delighted to show John Humphrys and the BBC film crew around their offices, factories and warehouses based in Lowestoft. Stephanie Harrod, Managing Director greeted the crew, before they quickly divided themselves into groups to explore the Company. Stephanie was then interviewed by John Humphrys to explain more about the Company’s history, he then went on with the BBC crew to film the manufacturing processes and talk to employees.

Stephanie commented ‘It’s an honour to be asked to take part in such an exciting case study, representing employers in the Lowestoft area. I’m sure it will help to raise the profile of the Town, Companies and the people that live and work here. Everyone at Harrod UK feels proud to work for a dynamic forward thinking Company that has plenty of hope for the future’.