The Met Office, one of the world's leading authorities on weather and environmental issues, have published their forecast for spring in the UK - and it looks like we're in for warm and wet weather.

Founded in 1854 to provide weather and shipping information to the marine community, the Met Office certainly have the experience and modern technology to predict the spring weather - defined as March, April and May - as accurately as possible, and all the signs point to the warm weather of 2006 continuing. 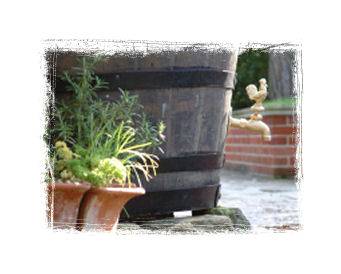 Data collected by the Exeter-based organisation shows that 2006 was the warmest year in western Europe since records began, and that mean temperatures for spring 2007 are likely to be higher than the long term average between 1971 and 2000. Rainfall is also expected to be slightly above the average for the same 29 year period, and the summer months of June, July and August are again expected to be hot and dry.

Although the warmer spring weather will make growing some more exotic plants possible, it will also spell an increase in pests and diseases, meaning gardeners will certainly need to be on their toes. The Met Office's forecast also highlights just how important water butts and rainwater collection tanks will be, as the rain collected in spring is likely to prove invaluable during the summer.

Visit the Met Office for full details of their spring forecast, and we've got plenty of water butts and rainwater tanks - along with some innovative drought and hose-pipe ban busting ideas!