"It works like a treat, in that we still see the dovecote and its workings knowing the sparrowhawk has a bit more of a task to get them." 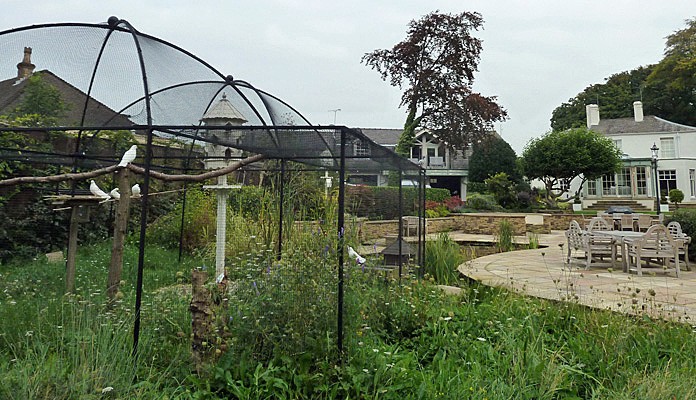 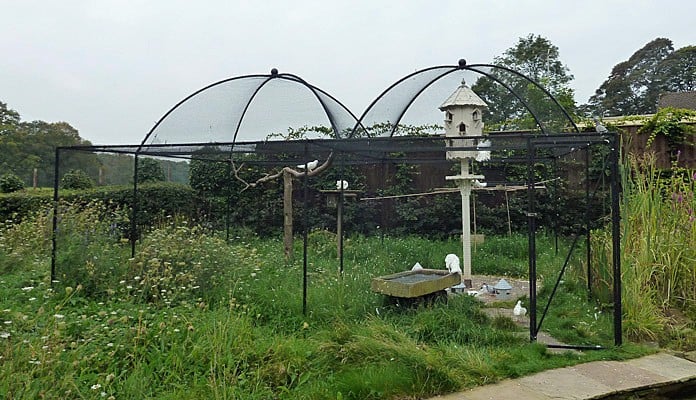 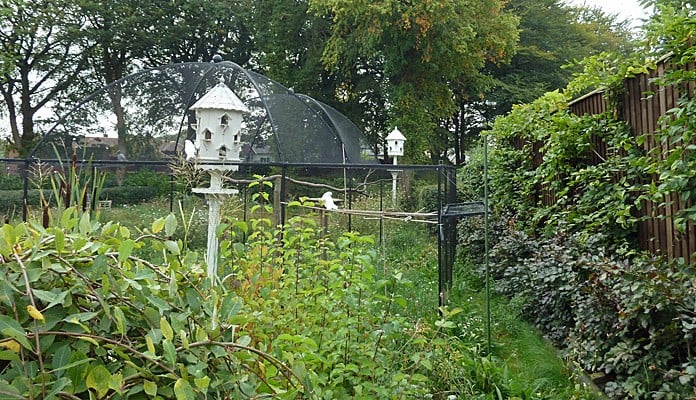 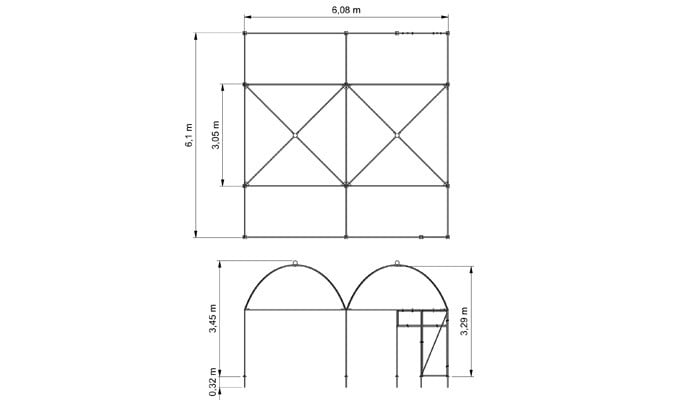 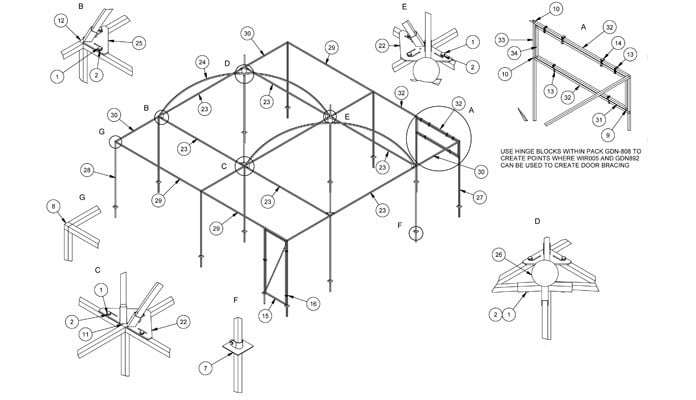 The original correspondence from the customer was for a domed fruit cage with extended flat roof to use as an enclosure to keep doves safe against the attack of sparrow hawks and such like. The cage needed to incorporate domed roofs to provide the extra height to allow a dovecote to fit within the cage.

The customer also wanted a folding door that could be left open to allow doves to come and go while also having features to lock the door to keep the doves in at night.

The cage was designed to have a double dome with one flat extension originally, but after the customer viewed the plan they decided it would be better with an extension on both sides to be symmetrical. The side folding door used our standard components whilst incorporating a wire tensioning system so when open, the door would sit level to give the doves something to perch on for their entrance and exit.

"We had a successful family of 11 white fantail doves and suddenly over a period of about 3 weeks they were systematically targeted by Mr Sparrowhawk,who decided it was the equivilent to macdonalds. When we were down to 4 doves I decided to net the dovecote to keep them safe until I worked out what to do.

Then I came across your website and the fruit cages were supposed to keep birds out! I worked out that this could be worked –not to keep the doves in captivity like an aviary but to try to keep them safe, at least if they are inside, and give them access to the open when I let them,and the enclosure had to look good!

I have to say we havn’t lost any doves since the cage was erected and it works like a treat, in that we still see the dovecote and its workings knowing the sparrowhawk has a bit more of a task to get them. There is a main door at the front,but a drop down door at the rear for the doves to fly in and out."