Frogs That Will Help Your Garden Grow & Thrive

Most gardeners, and people in general, cringe at the thought of frogs.

To most, these slimy, bumpy amphibians instill a feeling of aversion. Their little “ribbits” may make you jump and instantaneously look down at your feet in fear. However, there’s no reason to feel that way!

Believe it or not, if you’re an avid gardener, frogs may be more beneficial for you than you would have ever believed.

These little creatures are the markers for a thriving garden ecosystem and positively contribute to keeping your plants safe. Therefore, it’s beneficial for you to find peace in having them around.

If you find it hard to believe how something as small and yucky-looking as a frog can help benefit your garden keep reading to learn how they do and three of the best frog species to get the job done! 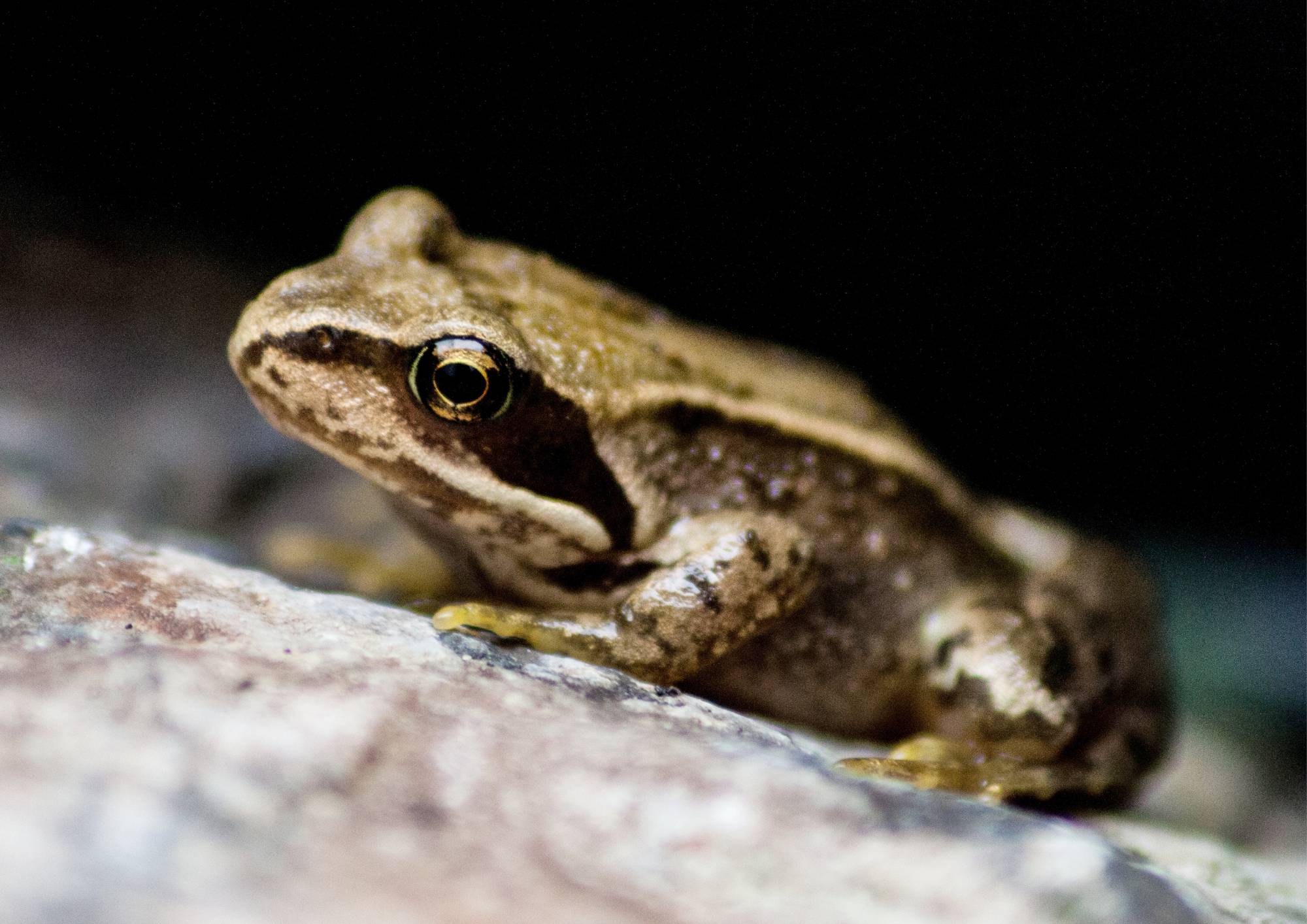 What Are The Benefits Of Having Frogs In My Garden?

Before getting into which frogs are good for your garden, it's important to note the many benefits that having frogs in your garden can bring.

One of the biggest benefits that frogs bring to help gardens thrive is noticeable in their diet.

Frogs are one of the best defenses against pests that may invade your garden because they eat most of them! From grasshoppers and worms to snakes and mice, frogs help keep a lot of these unwanted guests in check before they completely ravage your garden.

Another benefit frogs bring is that they are good bioindicators for your garden. Frogs being present in your garden is typically a good sign that there's at least some ecosystem harmony occurring there, which is incredibly important! Knowing local wildlife such as frogs find your garden a proper place to set up camp means it's typically healthy and thriving!

A final benefit of having frogs in your garden is knowing that you're helping stop the environmental decline.

The National Wildlife Federation in America has said that it's becoming harder for amphibians of all kinds to find proper wild habitats due to habitat loss, water pollution, climate change, invasive species, and disease. These issues have led to a decrease in certain frog species as well as harmful deformities. However, your garden can be a safe environment and sanctuary for the frogs in your local habitat if you make them frog-friendly. But how do you make your garden as frog-friendly as possible?

How do I make my garden more frog friendly? 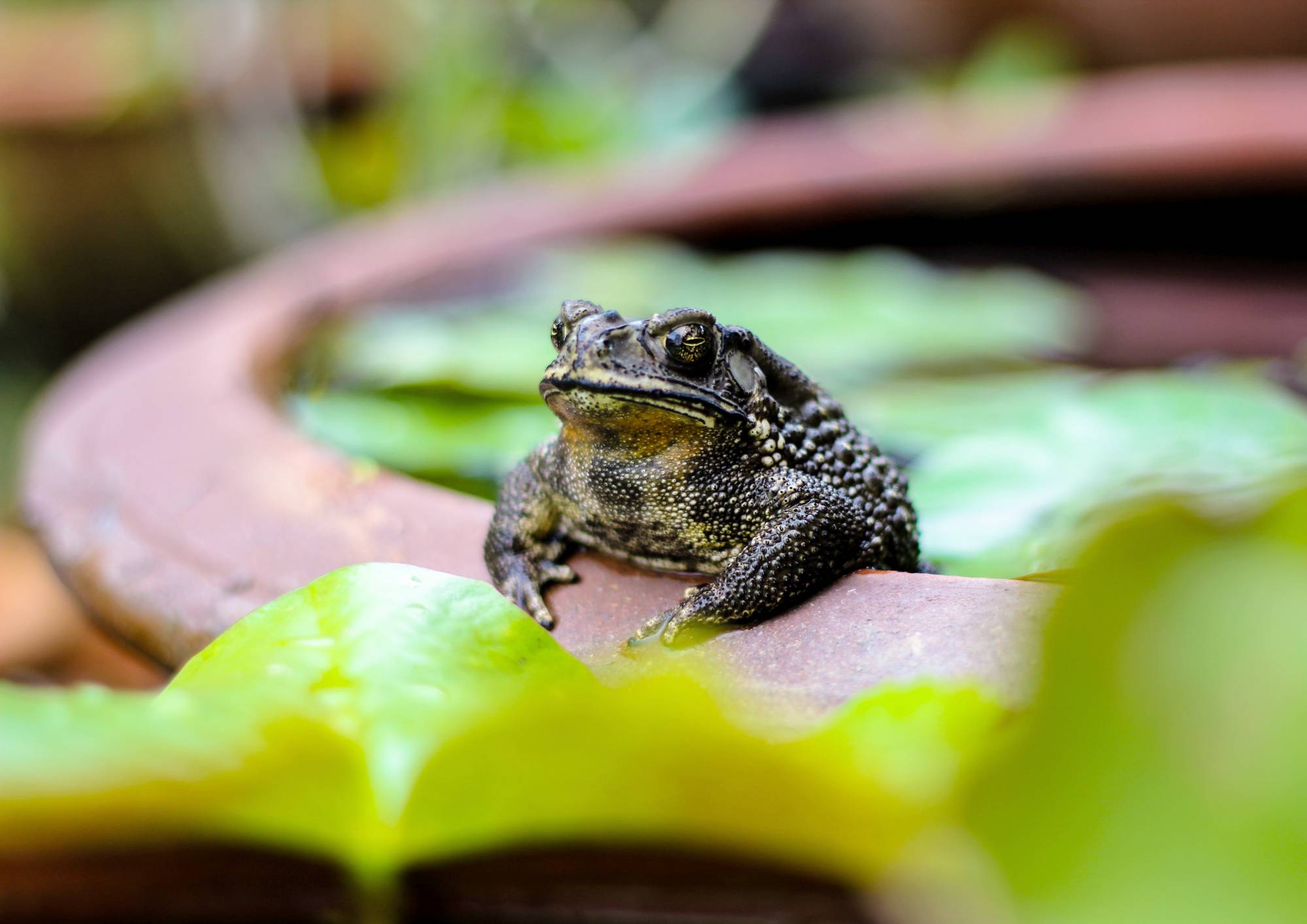 Maintain A Safe Native/ Local Environment in Your Garden

Creating a frog-friendly environment in your garden is simple and just takes you making use of the nature already in it to make it possible. Incorporating native grasses, trees, and plants into your garden can help attract frogs while keeping non-native and invasive species out. If you do want to include some non-native plants, you can still do so in raised beds; however, it's important to keep your garden environment as natural to the frog's habitat as you can so they can recognize it. Remember, the more familiar the plants are, the more frogs will be comfortable coming into your garden.

You'll also need to remove the use of pesticides to make your garden environment/ frog-friendly. Pesticides can be harmful to frogs and won't be needed once you have frogs in your garden since they will help keep most of your pest problems under control.

Provide Them with a Water Environment or Pond

Another thing you're going to want to do is to provide your new froggy friends with a nice water environment. Frogs love water to live in, lay their eggs, and stay cool throughout the day. Therefore, having a small, preferably 8 x 10-foot pond in your garden will have them flocking there before you know it. You're going to want to make sure this pond contains enough water for the frog's eggs to thrive in and some water plants for your tadpoles to swim around and eat.

Don't include fish in these ponds, as they can potentially eat your tadpoles and drive your smaller frogs away.
It would also be best to stop yourself from cleaning the ponds since natural ponds aren't cleaned. Instead, add floating plants like lily pads and leaves to it to provide your frogs and tadpoles with hiding spots and cover from the sun.

Create Hiding Places For Them

It's recommended that you place "toad abodes" or small ceramic frog and toad houses around your garden to provide them with places to hide and sleep. These houses can be as simple as a random ceramic pot flipped upside down that's angled at just the right angle for a frog to scramble under. You can also find some cute ones online that can help up your garden's aesthetic if you care about that!

Most people forget that frogs are strictly carnivores and therefore only consume meat. Depending on the size and species of frog in question, they will go after pests such as:

Most of these animals are considered pests for your garden, and therefore having a frog around can benefit you in naturally getting rid of them.

3 of The Best Frog Species for your Garden

Before beginning, it's important to know that the species of frogs that will appear will vary depending on where you live.
It's important not to import non-native frog species into your garden, as they can harm the animal species native to your local. Instead, let native frogs find their way to your garden and research them as you see them.

The common frog or grass frog, which is known by a plethora of other names, is native to Britain and Ireland.

These frogs are usually grey, olive green, yellow, or brown, and they have irregular blotches of dark color all over their bodies with a dark stripe around their eyes and ears and dark bars on their legs. They typically grow to be 6 to 10 cm long, and they love inhabiting meadows and grass/ lawn areas.

They love eating insects and other small invertebrates that may inhabit your gardens, such as snails, slugs, and worms. 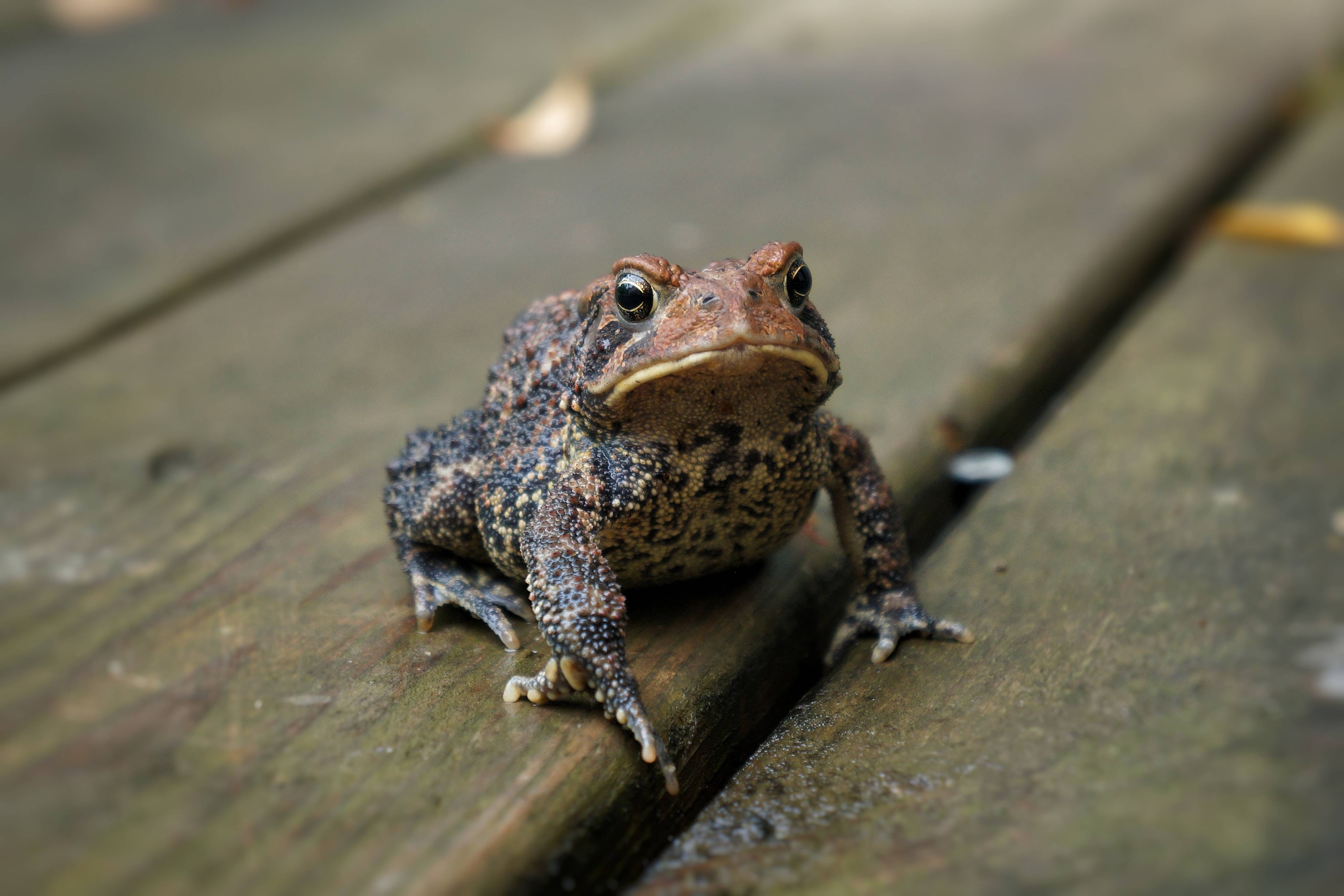 The Common Toad is the second most likely frog classification you'll find in your garden.

These amphibians are common in mainland Britain and are found almost everywhere, except for Northern Ireland, the Isles of Scilly, the Isle of Man, the Scottish Islands, and some of the Channel Islands.

Common toads are usually dark brown, olive green, grey, or sandy-colored in color. They have broad bodies and warty skin and tend to walk instead of hop. These frogs can grow to be 8 to 13 cm long, with the females being bigger than the males.

The last species on this list is the Edible Frog.

The Edible Fog is native to Europe; however, they weren’t introduced to Britain until the 1800s.
These frogs are found mostly in the Southern counties of England and love areas with a lot of water. They are typically 8-12 cm long and eat small invertebrates and insects like spiders, worms, flies, and slugs.

Edible frogs range in color from light brown to dark green. They have ridges along the sides of their back and blotches of dark color on their bodies.

Even though these frogs aren’t native to Britain, they aren’t necessarily seen as dangerous to native species.

As their name suggests, these frogs are typically caught and cooked in Europe.

Although most people tend to cringe away from frogs, they can be a very beneficial friend for gardens worldwide.

From providing your garden with a solid defense against pests to being amazing bioindicators to help you gauge the healthiness and diversity of your garden, frogs do a lot of good and deserve the credit! These small carnivores consume anything from insects and small fish/invertebrates to snakes and other frogs while being mostly harmless to you!

The species of frogs present in your garden will vary depending on where you live, with species such as the Pacific Chorus Frog, Green Frog, and Common Frog taking the front stage; however, no matter the species, one thing is clear.

They will help your garden grow and thrive as you've never seen before!

Frogs Need Our Help, So Hop to It!