"I sent by email my sketch plan for the arrangement and then received a drawing showing what was proposed. A discussion with Andrew and some tweaks resulted in exactly what I wanted." 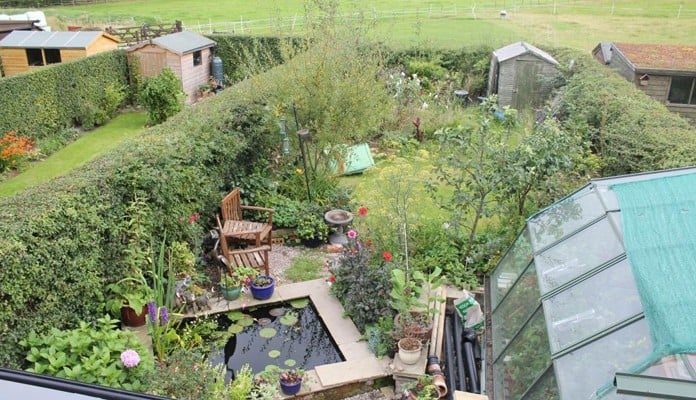 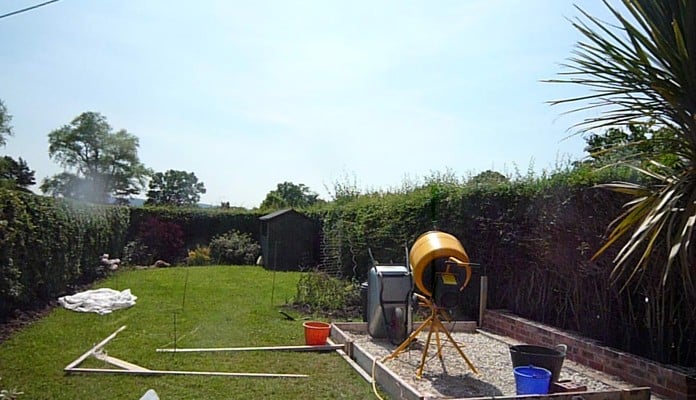 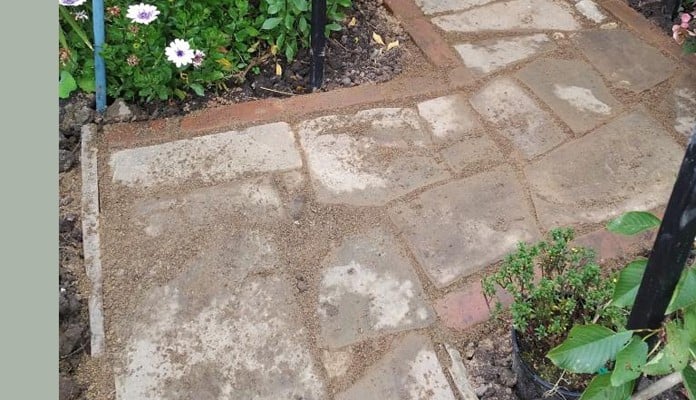 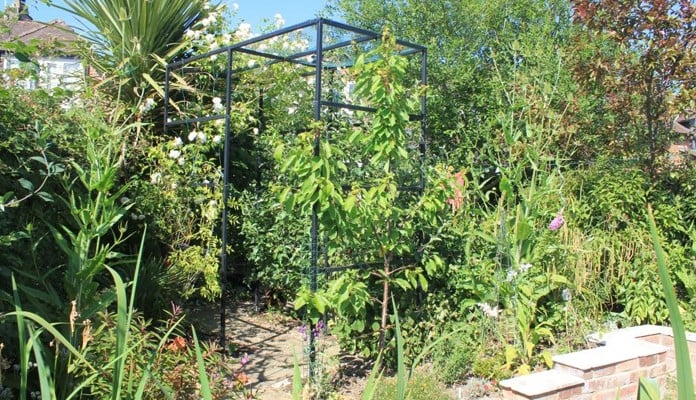 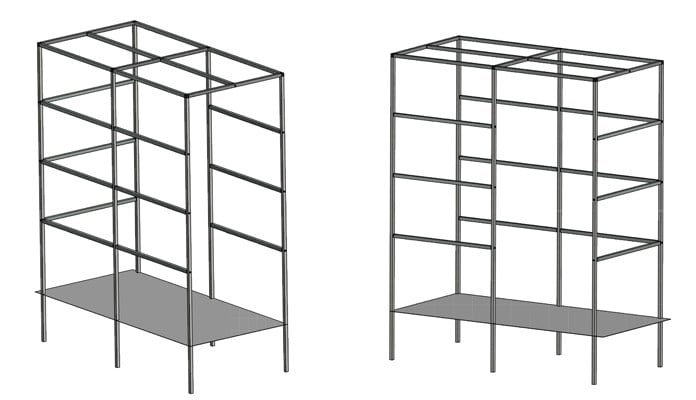 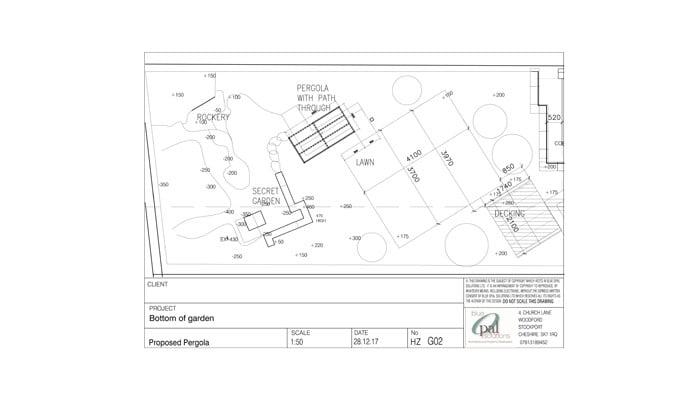 Setting Out Plan of the Garden

The Square Arch Walkway was part of a project which also included a ‘secret garden’ towards the rear of the design. There is not much soil on top of the boulder clay, so the design was to lift some of the borders as most plants don’t like their feet permanently in wet conditions.

The first picture is the garden as it was originally, with the base for a greenhouse going in, the second is the areas starting to take shape after the house extension was completed. The pergola is exactly North South so the entrance is facing East with the cordon apple (Cox) on the long side and the exit facing West with the Cherry on the south side, which means that the sides all get sun, with the North side draped in the climbing Iceberg Rose. The West side has a small (at the moment) wisteria which is sheltered by the hedge as are the Banana (Musa) and the Torbay palm (Cordyline) which have survived the beast from the East!

"I sent by email my sketch plan for the arrangement and then received a drawing showing what was proposed. A discussion with Andrew and some tweaks resulted in exactly what I wanted. Erection was simple; being stiff clay, no foundations were necessary."